There is a strange irony, that on the very day the Volkswagen company, owned by those Teutonic giants of German… 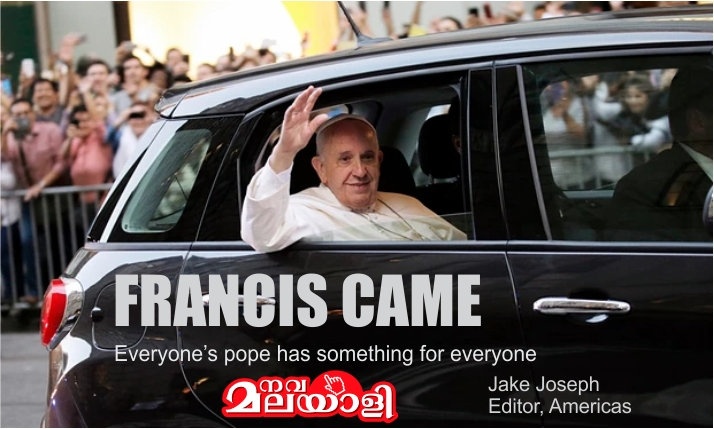 There is a strange irony, that on the very day the

Volkswagen company, owned by those Teutonic giants of German engineering, were caught with their pants down for being the rank criminals they are, gaming the emission systems on 11 million cars, the Pope no less, had decided to grace the nation with his bread basket on wheels made by FIAT, the acronym for which could just as easily stand for Final Italian Attempt at Transportation.

The very site and significance of that less than stately mini-car being escorted by those gargantuan and purposely intimidating gas guzzling road hogs of the US Secret Service, was arguably the perfect extended holy middle finger from a man who had come to the heart of the greatest power on earth and set a tone, that he was none too impressed by its worldly might. He was intent on delivering a series of messages that would invariably rankle the rich and powerful, if not reveling perhaps in their discomfiture, at least in the certain knowledge that he would, if not in deed, through word, take them and their power systems on.

Not nearly the sort to gratuitously and authoritatively shake his finger at them, he nonetheless brought his moral strength, earned from resolutely stamping his footprint around the world on everything from climate change to immigration to warmongering and above all, to the idolatry and excesses of the ageing global capitalist system, that has, in his view, been the main contributing cause for many of the world’s inequities and human sufferings.

Did the Papal conclave in Rome, who ordained him to the chair of St Peter, have the foggiest idea that this Pope, through his ecclesiastical origins as a Jesuit, would truly carry out his master’s wishes of extreme humility and charity? This of course, in complete contrast to many of his predecessors, who, more often than not, wore their pomp and privilege as a crass exercise in raw political and moral power while standing in arrogant judgement over their flock.  I think not. 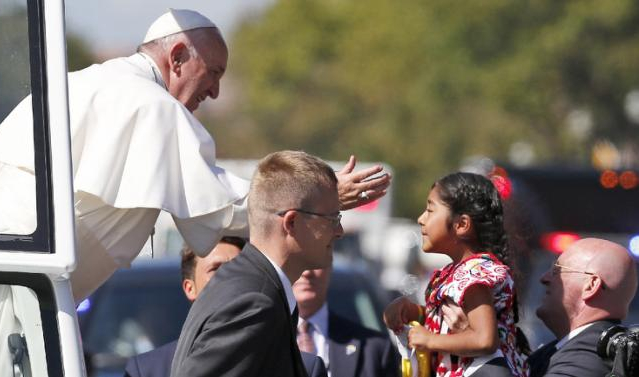 With a wink and a smiling nod, the old man upstairs or is it woman, must have unleashed his liege lord on earth,  to descend on America with a bang!  And oh boy…..did he!  From getting the President to actually show up on the airport tarmac with his full entourage in tow, breaking with his long standing protocol of receiving his visiting dignitaries at the White House, as an emperor would a vassal, to seeking to address and subsequently addressing a joint session of the House and Senate at the US Capitol, to turning down an invite to lunch with the high priests of Congress, choosing instead to first serve and then eat with the homeless of Washington DC.

Did the Speaker of the House of Representatives shockingly announce his resignation today as a consequence of that snub?  Hehehe!! It certainly must have riled his snooty detractors no end. His impromptu beckoning and subsequent hugging of a 5 year old Mexican girl born in the US of undocumented immigrants, was the perfect, albeit inadvertent retort to a country replete with bigots yearning to overturn settled law about who and what constitutes the notion of being an American Citizen.

Yet, in short order, the predictable knives were out. From Limbaugh to Savage to Hannity to countless other ignorant talking head reprobates, who were beside themselves with rage, excoriating this man for his avowed opposition to the unbridled excesses of greed and accumulation as being the ultimate good, thatthey themselves noxiously preach every day over the airwaves? Perhaps muted, but no less indignant in their ire, are the other “hucksters of holiness” in many an American Southern Baptist church, who preach a debased form of Christianity rooted in something that is curiously called the “prosperity” gospel where wealth and money is worshiped as being the rewards from heaven, for first beguiling and then screwing their fellow man over for a percentage. The pontiff wasted no time in firing a shot across the bow by stating that if the church is more about building hotels and conference centers than a sanctuary for the poor and oppressed, then they ought not to be accorded the privilege of a tax free status and must surely join the ranks of every other individual or business and pay their fair share in levies and taxes.

The man is simply not letting up. He has called for the abolition of the death penalty, even as many, among them a Sister Helen Prejean, the author of the acclaimed book “Dead Man Walking” are fighting to maintain a stay of execution, for a man in the State of Oklahoma who is purportedly innocent, based on newly discovered evidence.

On another and equally pertinent issue, his address to the UN, that some have called a “ scathing indictment”,  was no less a warning that if the major powers continue along this adversarial, confused and dangerous road they’ve chosen to embark on, then humanity will not stand a chance to protect “our common home”.

Moreover, his central and integral role in bringing down the 65 year barriers of hostility between the United States and Cuba and the subsequent restoration of diplomatic relations between the two neighbors, has not been lost on both his supporters and detractors.  Predictably, one Senator Marco Rubio from Florida…that cheap, pretentious charlatan of a man-child, is standing for the Presidency on a platform that includes the dismantling of that agreement. Not surprisingly, he is also looking to tear up the Iranian Nuclear agreement as well, all this on his supposed first day in office.  This radical and naïve insurgent and his blood-lusting and shit-crazy cohorts like Sheldon “Caiaphas” Adelson the billionaire, are the kinds of people that this Pope will have to, on behalf of the entire world, do moral battle with.

Let’s just hope that he is up for it, a man seemingly determined to take up his Mitre& Staff in defense of the poor and dispossessed and the increasingly fragile world they and all us inhabit, a world that yet may desperately need, on current course, a way out of hell. 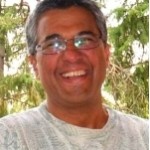