Kerala, the southern state of the Republic of India, is undergoing the severest phase of floods now. Unrelenting monsoon, rain… 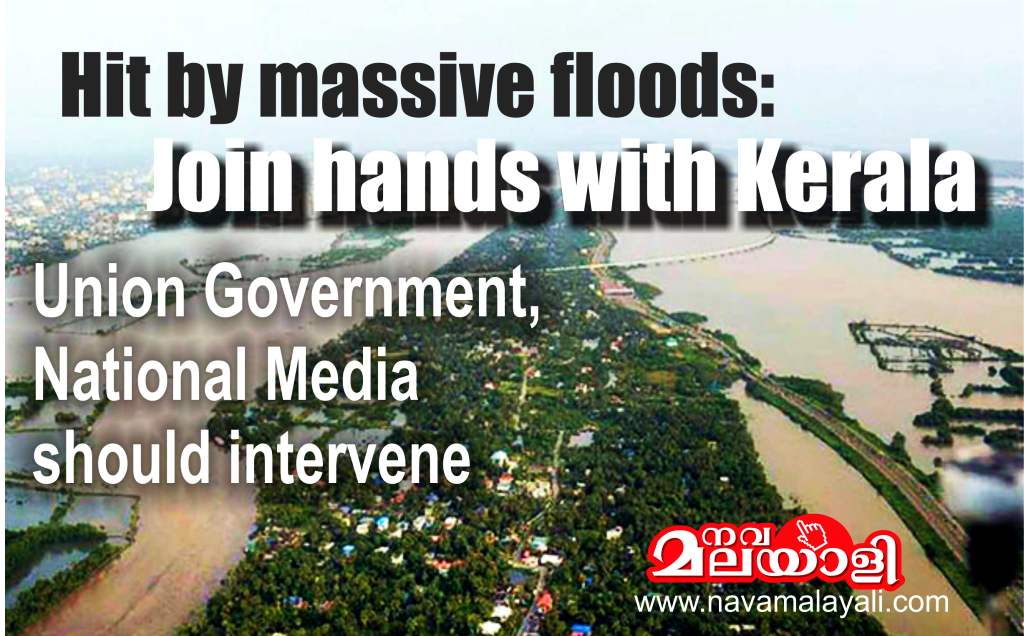 Kerala, the southern state of the Republic of India, is undergoing the severest phase of floods now. Unrelenting monsoon, rain winds, are  pouring torrential amounts of rains  onto a small piece of land and its people which is now crumpling  away in the fierce bounty of water.

This spree of floods has been unfurling since the last three weeks and now the authorities had no way other than to open the shutters of more than 30 of its dams due to the appalling waterlevels to reduce the magnitude of an impending disaster.  Yet with high incalculable force water gushing through more than 40 of its rivers is claiming the roads, townships and every single riverside dwelling place.  Tens of thousands of people  have lost their houses and are at the relief camps, huge loss on agricultural and  livestock sector not to be ignored. Many people  are rehabilitated with minimal essential facilities. Still more people including tribal settlements are stranded in isolation where the government or other relief workers are unable to reach.

All the 14 districts of Kerala are extremely affected by this calamity and the death toll in the rain rampage of last 48 hours is crossing hundreds. More than a hundred thousands of people have already been rehabilitated to various relief camps. Many areas of its places like Waynad,  Idukki,  Aluva, Pathanamthitta  are heavily affected and isolated due to floods and  landslides. Many of its tribal populations have been isolated due to floods and landslides. Disaster management is proceeding at the local and state level with the administrative machinery and people and NGO initiatives  joining hands. People living near river banks and affected area are airlifted and taken to relief camps. Emergency contact numbers are being widely circulated. But the need is still growing out of proportions and Kerala is absolutely in need of more help -more food, more rescue teams, more financial aid. The only possibility is to stand together and help. 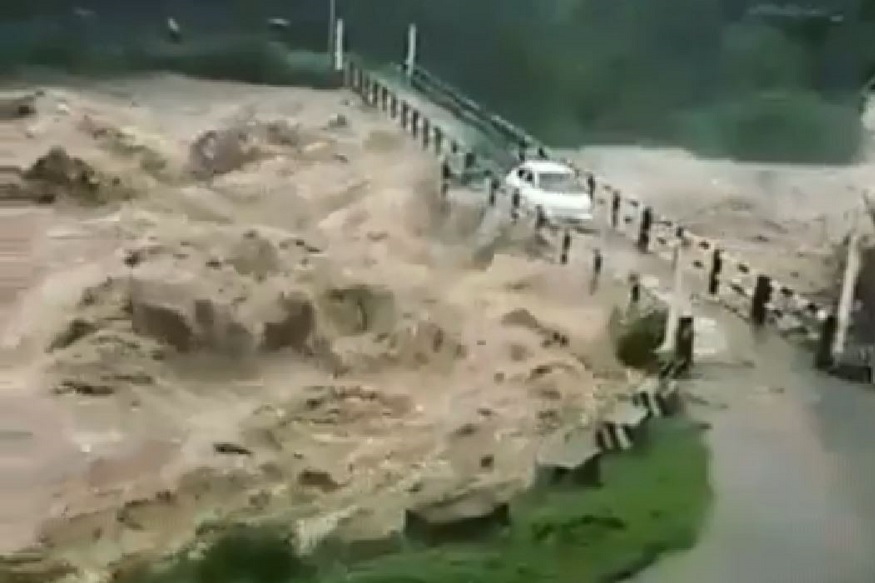 More and more relief camps are being set up to accommodate people evacuated and rescued from actively flooding areas. And those camps are running short of essential supplies ranging from cloths to medicines.  Such a  disaster is totally unprecedented,  plea for help is rising each moment.

Acclaimed all over the world for its model of medical and hospital reach to its citizens, many of its good hospital facilities are also hit by floods leaving many patients to critical situations. Every school college or such facilities has been converted into relief camps.  Elderly people with special needs  struggling with incontinence and many such heart wrenching   instances are  plenty around. 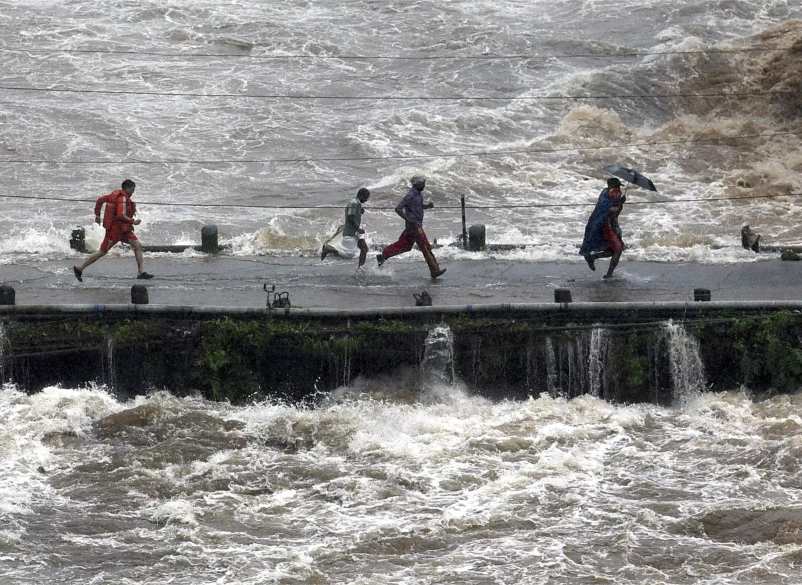 Kerala as a region was always keen to extend its hands to help people in other parts of India when it came to calamities  of the like of natural disasters, earth quakes and wars. Let me remember how so many organizations and  individuals and labourers had adopted earthquake affected villages and rebuilt them. But to its dismay Kerala finds that when it is hit by such a difficult situation the aids coming in is limited. The national media had been almost silent and did little help to take this adverse news nationwide or to put pressure on the Union Government to intervene.  The Union Government at the centre has been also at the slower side of action and it seems that it lacks the conviction and ethics to declare this terrible situation as one of national disaster and thereby pour in the larger aid which it can extend in the form of rescue teams and financial aid. We urge the national and international media to take the situation with due importance and take the news to every nook and corner of our nation and world so that Kerala can be rebuilt together. 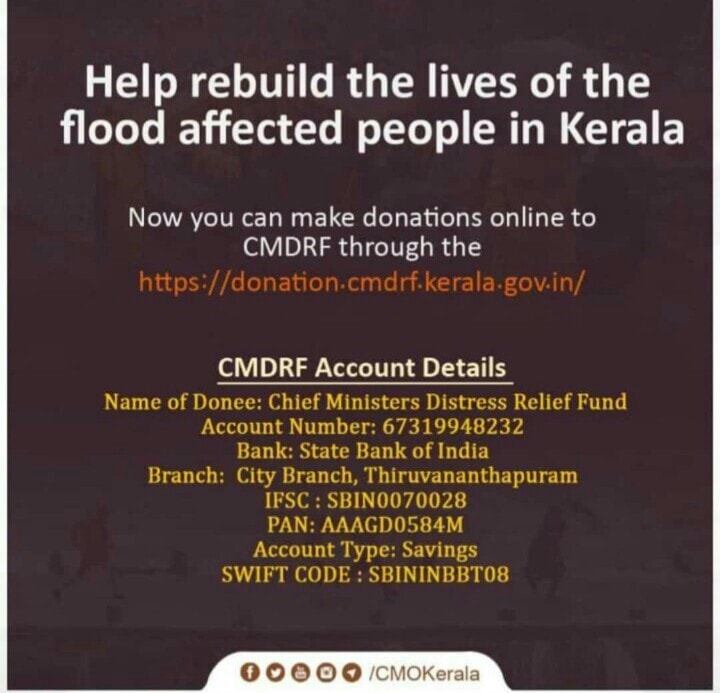 “But man is not made for defeat”. Kerala is fighting hard to overcome this situation. Its people, its state government, political and political organizations, religious institutions, the whole of Kerala are fighting it together. Then but this terrible situation is screaming aloud for help here, Kerala need more materials, food and volunteers to save the situation. As of now the loss incurred is calculated as around ten thousand crores of Indian Rupee, and it is going to rise further.  Rebuilding Kerala is going to be a Herculean task. We appeal to the Union Government to intervene in a big and responsible way upholding the federalism of the Indian Union  and declare this as one spell of national disaster. We appeal to the national and international community to pitch in to help Kerala.  Every penny, every helping hand every bit of care matters, now!

We are inching to a stage where rescuing and rebuilding has to happen simultaneously.
——-
Sethulekshmy. C
Navamalayali Magazine Editorial Board. 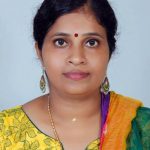 Former Scientist at University of Minnesota